Papa's Stirfryeria is the first of Papa Louie's cooking games created by Fortune's Wings Studios in partnership with Flipline Studios. It will come out on October 17th, 2018. The workers are Hugo and Trishna, and players can create their own Custom Workers as well. The game takes place on the campus of Umami University.

Hey, everyone! We're pleased to announce that Papa Louie's next cooking extravaganza to hit computers, tablets, and mobile phones is... Papa's Stirfryeria!!! This time around, we're teaming up with Fortune's Wings Studios to create the most fun-filled Gameria yet! So put on your toque... fire up the grill... bring out the rice and noodles... and get ready to make some delicious Stir Fries!

You are among the crowd of people eager to witness the unveiling of Papa Louie's first culinary school at Umami University. However, there is some trouble. After Papa Louie cuts the ribbon and the curtains fall, the main building is covered in graffiti. In dismay and confusion, the crowd disperses and everyone walks away. However, Papa Louie is not defeated. He searches the shrinking crowd for a person who can run the Stirfryeria until there is enough money for a formal re-opening of Umami University. His eyes fall upon you, and before you can say "mistake", you are handed the Stirfryeria Uniform and the keys to the restaurant, much to your dismay.

Outside seating is a new feature in this game. Replacing the dining room or delivery service in past games is a beautiful outside patio, from which customers can see the cozy surroundings of the Umami University campus. A second hired worker (Hugo, Trishna, or a Custom Worker) will bring you orders from customers who are sitting outside. Adding another level of complexity to the new outside seating is the fact that the patio can be decorated separately from the inside of the restaurant. You can add round tables, flowers and trees, and other outdoors-exclusive furniture, and you can even paint the exterior of the restaurant a different color.

Critic Quests are another new feature in this game. Everyone's favorite Food Critic, Jojo, is back in a big way. As always, he'll show up at the end of the week with a Blue Ribbon that gives extra Tips. At the end of every day, you will get a copy of the Tastyville Times newspaper. In the "Help Wanted" column, there will be a series of small tasks including "Serve 5 orders with Steak" and "Sit 3 customers outside". If you complete a lot of these tasks, you'll catch Jojo's attention, and that week he may show up with a Red Ribbon or a Yellow Ribbon. Red Ribbons increase the amount of Points from a good order, and Yellow Ribbons give certain customers extra Customer Stars.

New holidays are in bold

Each holiday comes with 6 unlockable ingredients: a noodle/rice, a mixable, a meat, a sauce/breading, a dumpling shell, and a dumpling filling. 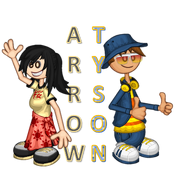 A look at two Specials! 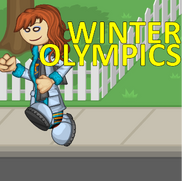 The start of the day. 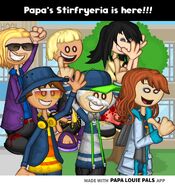 The poster for the game's release

Tyson at the Order Station.
Add a photo to this gallery
Retrieved from "https://fliplinestudiosfanon.fandom.com/wiki/Papa%27s_Stirfryeria?oldid=100073"
Community content is available under CC-BY-SA unless otherwise noted.