Daniel is a customer who appear in Papa's Candieria. He is the host of Flipverse Survivor.

Daniel was placed on the Magi tribe. Right off the bat he rubbed a few of his tribemates the wrong way, including Harry and Mackenzie, who called him immature. When Magi lost the first immunity challenge, Daniel became their target. However, the majority alliance The Dominators wanted to target Mackenzie for his perceived laziness and weakness. At Tribal Council, Daniel received 2 votes but Mackenzie was voted out. After Mackenzie got voted out, Daniel lashed out at Harry. This rubbed Caleb D and Hyper Green Fan the wrong way. When Magi lost immunity again, The Dominators chose to split their votes between Harry and Daniel in case Harry had found the idol. However, Daniel's fight with Harry caused Caleb D and Hyper Green Fan to flip and vote him out instead, blindsiding him and The Dominators by a vote of 5-4.

Ranks to unlock with him 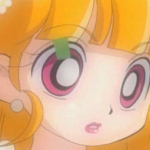 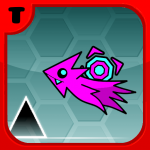